Amissa Anima is a short drama about four boys surviving on the edge of existence in St Kilda in the early 1980’s. Their fragile balance is broken when an act of betrayal pushes them to retaliate.

The characters are fictional, but the story is based on true crime events and the personal experiences of the writers who grew up on the streets of St Kilda during this time.

The screenplay is currently a finalist in the Global Script Challenge: Best Overall Script at the Oaxaca Film Festival in Mexico and recently made the second round shortlist at the Austin Film Festival in the USA. The screenplay was also long-listed for the Australian Writer’s Guild Monte Miller Award. The film is currently in pre-production, ready for release in 2019. It has been supported by the City of Port Phillip’s 2017/18 Cultural Development Fund.

Amissa Anima, which means ‘lost soul’ in latin, will be directed by Tatiana Doroshenko and was written by David Markin and Tatiana. The film will be produced by Katrina Mathers (Cherry Hands Media) and Bernie Clifford (Bernzerk Productions), along with Julian Pocock and David Markin. Ellery Ryan is on board as DOP. Auspicous Arts Projects will oversee the production.

Amissa Anima has already secured some funding thanks the CoPP Cultural Development grant, as well as private crowdfunding support through Australian Cultural Fund and GoFundMe campaigns to date. If you’d like to support this film, please visit the GoFundMe page.

In the early 1980’s in St Kilda,  Australia, a network of paedophiles preyed on street kids as young as 10 years old.  By the time they were 16 years old, the children carried deep scars that they would take into adulthood. This is the story of four boys who survived this trauma. Some of these children, now as adults have found the courage to share their stories and collaborate in writing this short drama in a journey to personal and social healing.

Joining with script writers, directors, actors, film crew and experts in child protection they are creating a short dramatic film, Amissa Anima. The film will tell their stories of survival and healing.

Support us to expose the truth about this form of child exploitation in Australia. That it went on, that it’s going on and that it’s getting worse.

Amissa Anima is a fifteen-minute short screen drama to be produced on 4K digital video, engaging a crew of 25 people, with a cast of six main roles, and several supporting and stunt roles.

Timeline: 12 weeks  with a twelve to eighteen month distribution period.

Many people are willing to volunteer for this project.

Tatiana’s short films and multi-media projects have screened and won awards at festivals in Australia, Europe and the US.
In 2014 she completed a Masters at the School of Film & Television Victorian College of the Arts with a 22 minute narrative thriller called Earth that screened at the TCL Cinemas Hollywood with HollyShorts monthly program in December 2015.  2016 saw her Music Video Soon play at HollyShorts again and Made In Melbourne festival. END_OF_DOCUMENT_TOKEN_TO_BE_REPLACED
Visit the Community Video Portfolio page for corporate and community reels.

Earth is a psychological thriller / magic-realist piece that explores grief and guilt connected with wartime atrocities.

A loner paparazzi photographer, led on by a mysterious woman, unearths the dark secrets of his ancestors, secrets that refuse to remain buried.

A loner paparazzi photographer, lives in a classy apartment in the heart of a metropolis. When his estranged father dies unexpectedly, a mysterious and irresistible woman appears in his life, leading him to uncover the terrible secrets of his ancestors.

George works as a paparazzi photographer who earns big money freelancing for a News firm. A confirmed bachelor, he lives alone in a classy apartment in a large metropolis. When his estranged father Ivan dies suddenly, George finds he is the sole heir to his fathers old flat in a ghetto suburb. George discovers Ivan had dark secrets kept since his youth during the second world war.   A new photographer appears on the scene and competes for Georges jobs; Eva, young, dark, mysterious. She tries to befriend George but he is suspicious of her. As he digs deeper into his fathers past he looses his grip on reality and on Eva. With Eva’s help he faces his responsibility towards himself and his ancestors.

Earth is a psychological thriller and magic realist short. It is my first attempt at writing and directing a genre film. The story takes its point of exploration as the effects of war trauma on successive generations. It charts the psychological journey of a man, who under the strain of grief, social isolation and estrangement from family and ethnicity, finds a path to emotional growth and spiritual insight.

The narrative was inspired by a story orally passed down in my family, the full truth of which has never been verified as the tellers passed away before I was old enough to research it in depth, though it has always haunted me.

As a first generation Australian with a Polish mother and Ukrainian father, in this movie I reflect my experience of isolation from stories, culture and relatives, brought about by generational divides, war trauma, and post war displacement to a land far from homelands, though still possessing an instinctive spiritual connection with my ancestors. To convey this cinematically, I aimed to allow visual language to drive the movie as much as, if not more so, than dramatic action and character, and to paint in broad cinematic strokes that leave ‘facts’ veiled in mystery.

Though the movie refers to war crimes and atrocities enacted during the Second World War in Eastern Europe in the 1940s, the exact ethnicity and nations involved are not clarified, to further reflect a theme of truth lost and the diversity of suffering of that time. The use of ‘ghost’ and magical realism were used to materialize the voice of unspoken stories that die with their carriers, but have the power to resurface, refusing to remain buried, to be unheard.

Historical atrocities of the period were researched, such as those at the Babi Yar ravine, Katyn and the 1943 massacres of Poles in Volhynia carried out in Nazi German-occupied Poland. The production and distribution of photos from these events was also studied.

The script looks to cinema that represents the psychological breakdown of one character and the use of imaginary characters. Key reference are The Tenant, The Shining, The Machinist, and Fight Club. For subject matter, Come and See and The Music Box. And for cinematic treatment of the supernatural, Don’t Look Now. Though the story has horror present it is not intended to be a horror movie.
This is the third movie where I have explored the embedding of horror and ghost story within a romance or love affair, where good and evil characters are not polarized.

This film in its long form is also an exportation of the modern pre-occupation with the photographic image, and how its sacredness and importance can be abused in a world saturated with image making.

A woman in a relationship that has lost its passion, dreams of a lover and yearns for the fire of desire to come back into her heart. Will she take the step to change or end her relationship. [Password: tatiana] 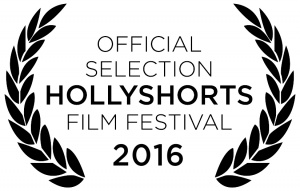 (This music video was made on a low budget, in one day)

Made In Melbourne Australia 2016

We are using the Aspire theme.